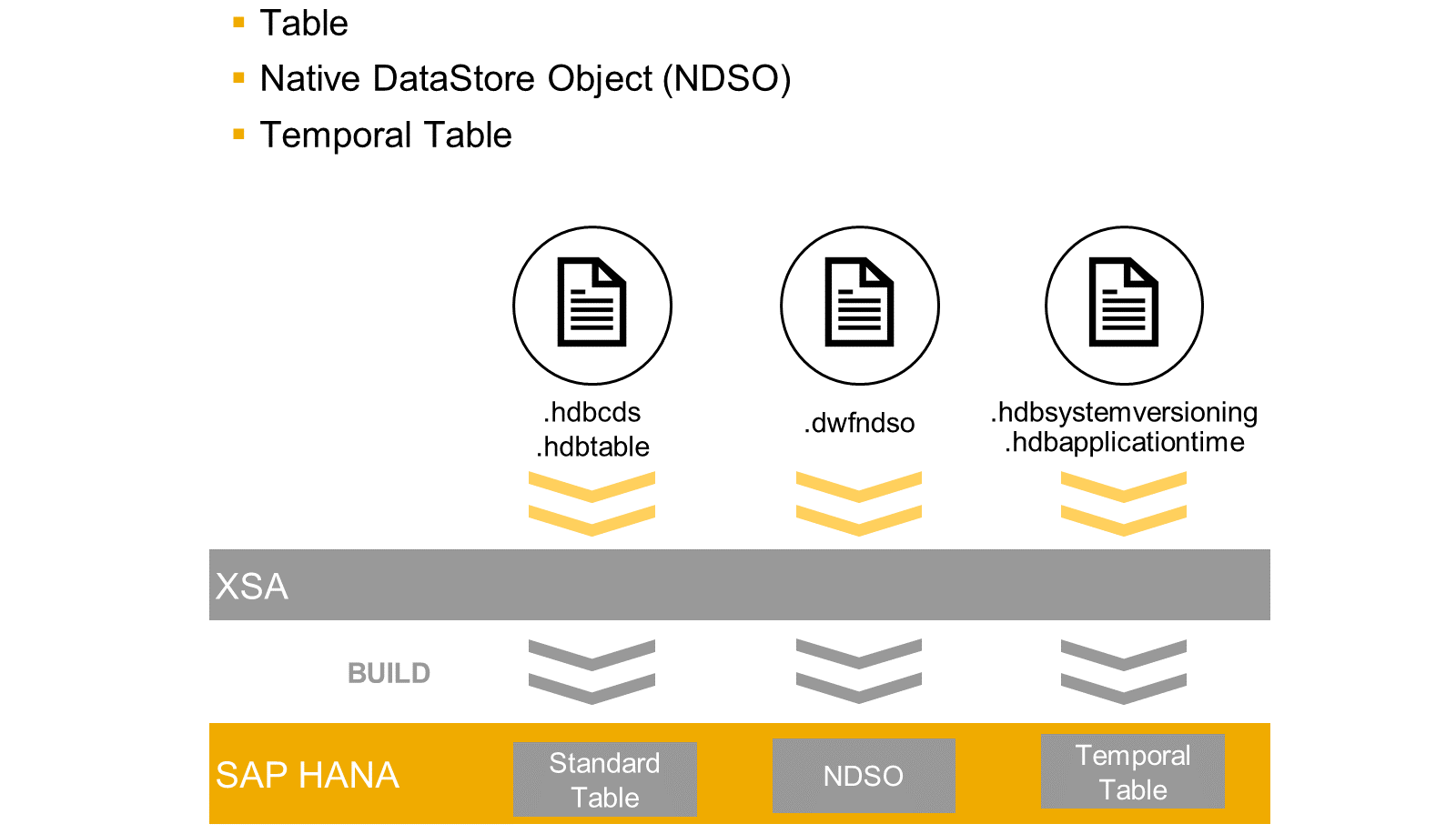 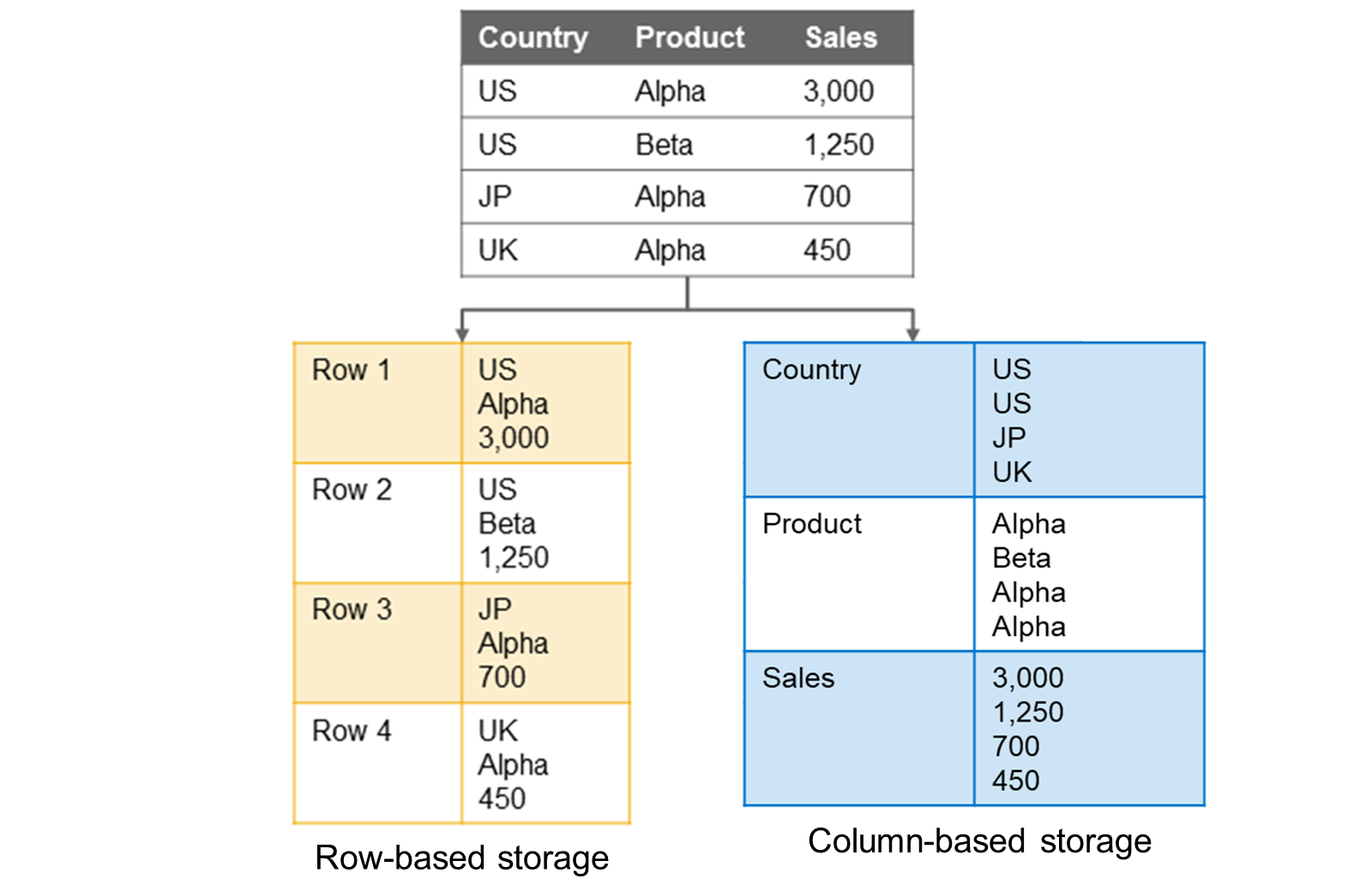 The SAP HANA database supports two types of table: those that store data either column-wise (column store tables) or row-wise (row store tables). SAP HANA is read-optimized for column storage and this is usually the most common type of table used.

Conceptually, a database table is a two-dimensional data structure with cells organized in rows and columns. Computer memory, however, is organized as a one-dimensional, linear sequence of column values. For a row store table, all the columns of each record appear one after the other. Whereas for a column store table, all the value of a column across all records in the table, appear one after the other. There are times when a row store maybe better to use than a column store:

When to use which storage type:

Standard tables (row or column) can be created directly in the SQL Console using SQL statements. They can also be generated from the build of a design-time file of either the type .hdbtable or .hdbcds. Use .hdbtable if you want to work with standard, well-known SQL syntax to create tables. Use CDS if you would like to take advantage of the additional rich, domain meta-data that can be embedded into the tables alongside the basic table definition.

Note
In this course we use CDS artifacts for our basic table definition, although .hdbtable files could also have been used.

NDSOs provide a persistence object with additional semantics to determine the delta and were established to model SAP HANA SQL Data Warehouses. NDSOs can handle multiple inbound queues (NDSO InboundQueue) to load data from different sources. They allow merging of delta data and also full data loads and also provide delta-data processing capabilities to connected data targets. The data merge process is triggered by the NDSO Activation Process/Step. NDSOs can process records based on the source-data specified RECORDMODE values (such as INSERT/UPDATE/DELETE) also known as the CDC-Pointer. NDSOs are developed with the SAP Web IDE for load monitoring and request handling features such as roll-back. They can integrate natively with SAP HANA flowgraphs allowing parallel loading, and also with third-party ETL tools. Finally, they support the "delta language" of SAP provided data source extractors, which means you could use them to load SAP source data using delta handling, with very little effort.

Temporal Tables in the DW Context

Temporal tables are tables whose records are associated with one or more temporal periods.

Application-time period tables capture the time, in which a record is valid in the real world.

System-versioned tables in SAP HANA are based on regular column-store tables. As such, they offer all capabilities that are available with column store tables.

The first type of temporal tables were known as history tables. These handled a very basic historization. History tables have now been replaced by system-versioned tables and application-time period tables.

System-versioned tables and application-time period tables can be created directly in the SQL Console using SQL statements. They can also be created using design-time files of the type hdbsystemversioning and .hdbapplicationtime.