Controlling Parallelization in a Data Flow

SAP HANA Cloud always attempts to automatically apply parallelization to queries in order to optimize performance. Following good modeling practices will ensure the queries that run on your calculation views have the best chance of being parallelized. However, there are cases when the optimizer will not apply parallelization in a complex, long-running data processing step as it is not able to understand the business semantics and is concerned it might break the results if it tried to parallelize. So, instead, it cautiously leaves the processing step as sequential even though it might harm performance.

However, if you are able to ensure the step could be safely run in a parallel way by splitting up the data into semantic partitions, then you can dictate when parallelization should occur.

Within a calculation view, it is possible to force parallelization of data processing by setting a flag Partition Local Execution to mark the start and also the end of the section of a data flow where parallelization is required. The reason you do this is to improve the performance of a calculation view by generating multiple processing threads at specific positions in the data flow where performance bottlenecks can occur. 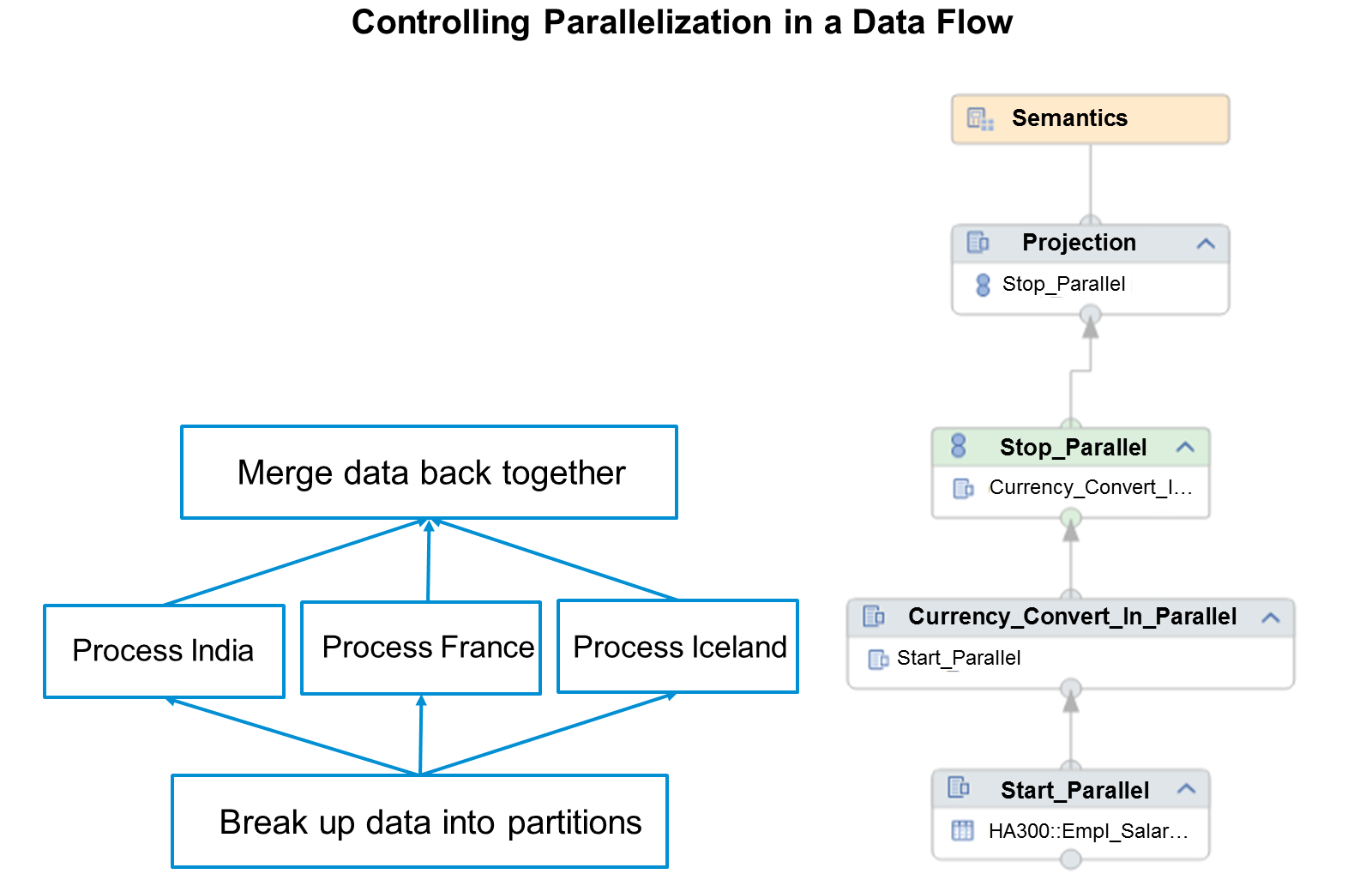 The parallelization block begins with a calculation view node that is able to define a table as a data source. This node could be a projection node or an aggregation node. It is not possible to use any other type of data source such as a function or a view.

In the Properties of the chosen start node, a flag Partition Local Execution is set to signal that multiple threads should be generated from this point onwards. It is possible to define a source column as a partitioning value. This means that a partition is created for each distinct value of the selected column. For example, if the column chosen was COUNTRY, then a processing thread is created for each country. Of course it makes sense to look for partitioning columns where the data can be evenly distributed. The partitioning column is optional. If it is not selected then the partitioning defined for the table is used. 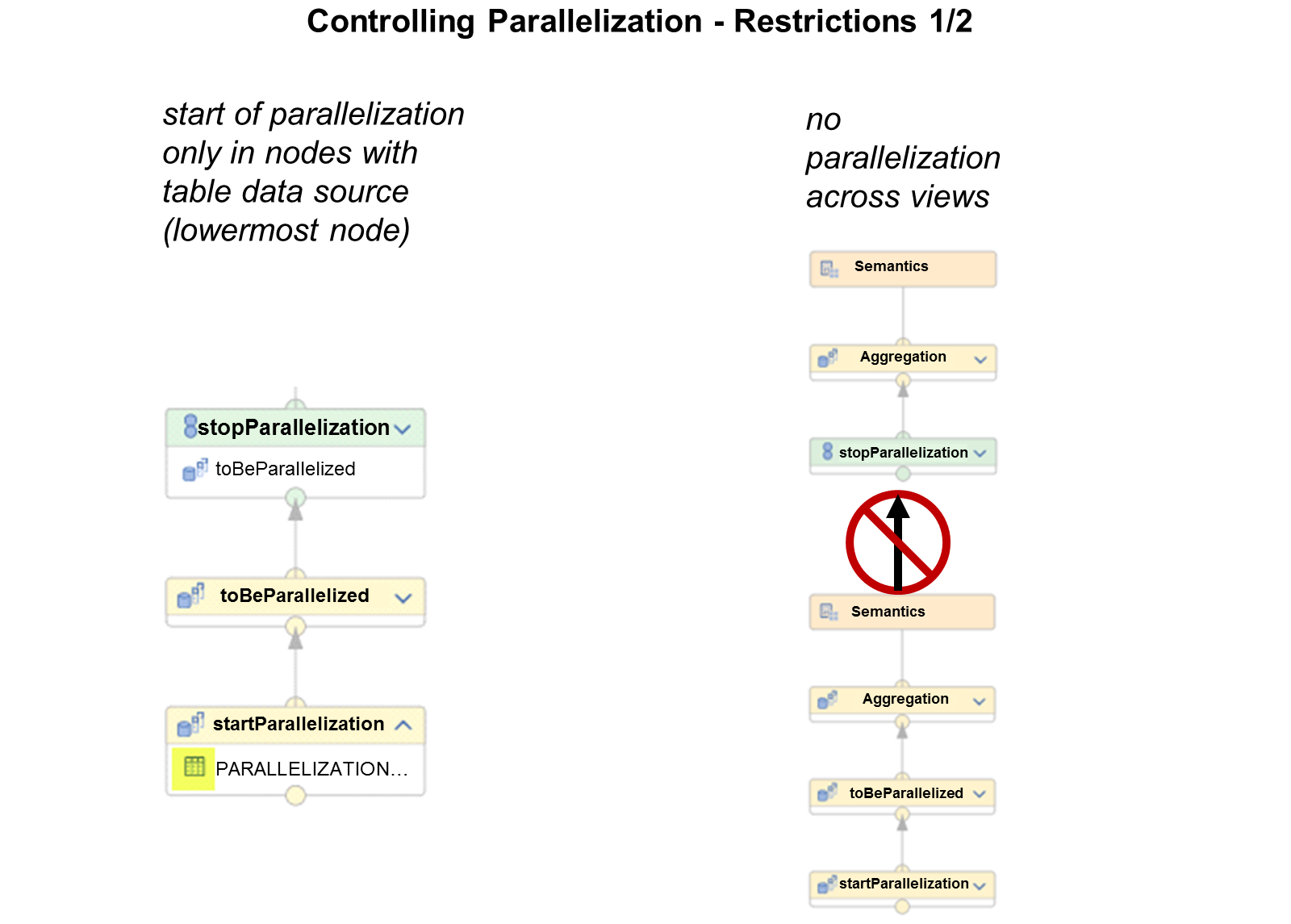 There are some restrictions that you should be aware of.

The parallelization block always starts with a node that includes a data source that must be a table. You can use a table defined in the local container or a synonym which points to an external table. You cannot use another calculation view as the data source or a table function. 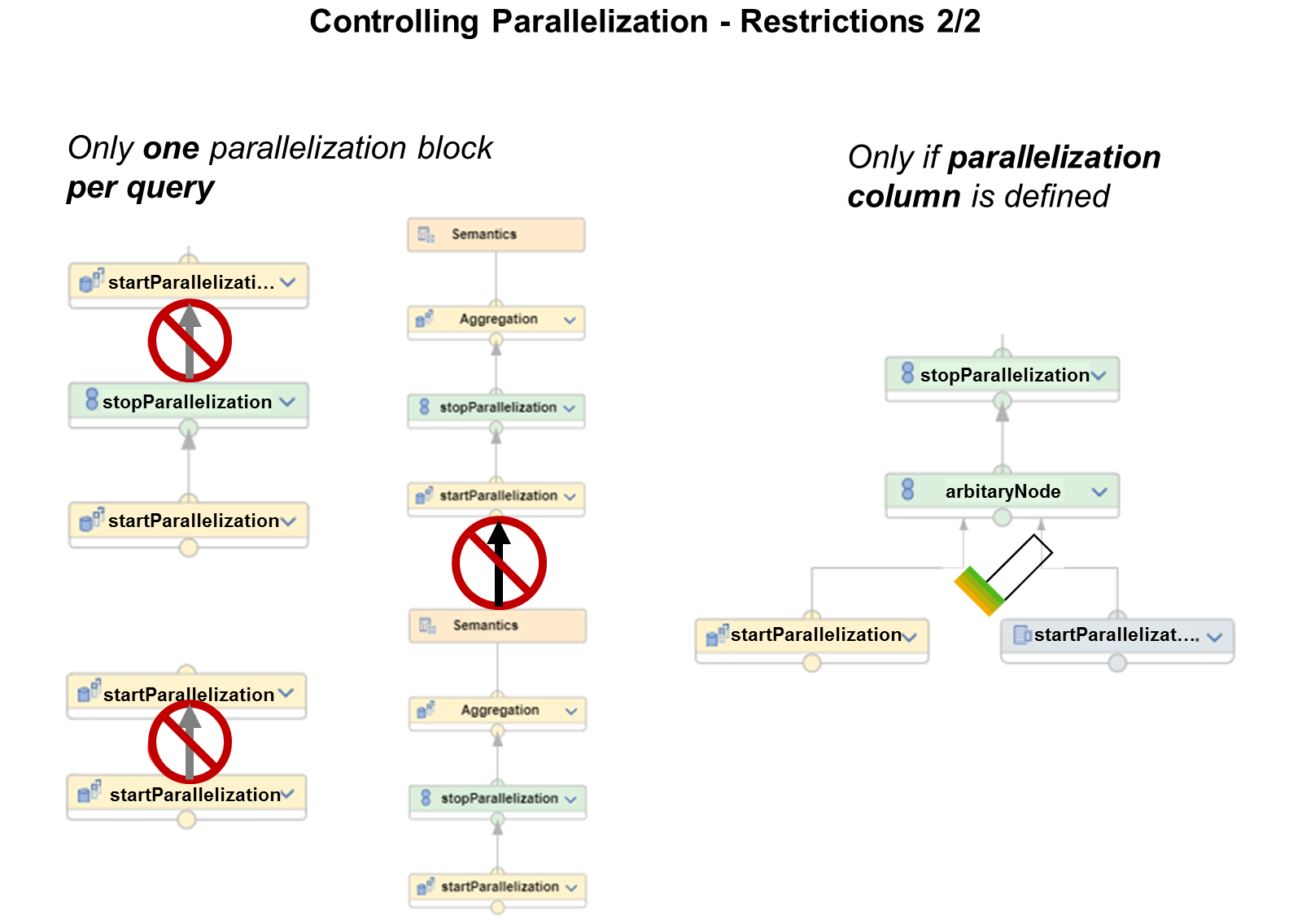 To check the partitioning of the data you can define a calculated column within the parallelization block with the simple column engine expression partitionid(). In the resulting data set you will then see a partition number generated for each processing thread.

Other techniques to monitor parallelization:

Caution
It is important to not overuse this feature as over-parallelizing can lead to poor overall performance where other processes are affected.