You have already learned how to manage some important stages of a modeling project’s lifecycle. 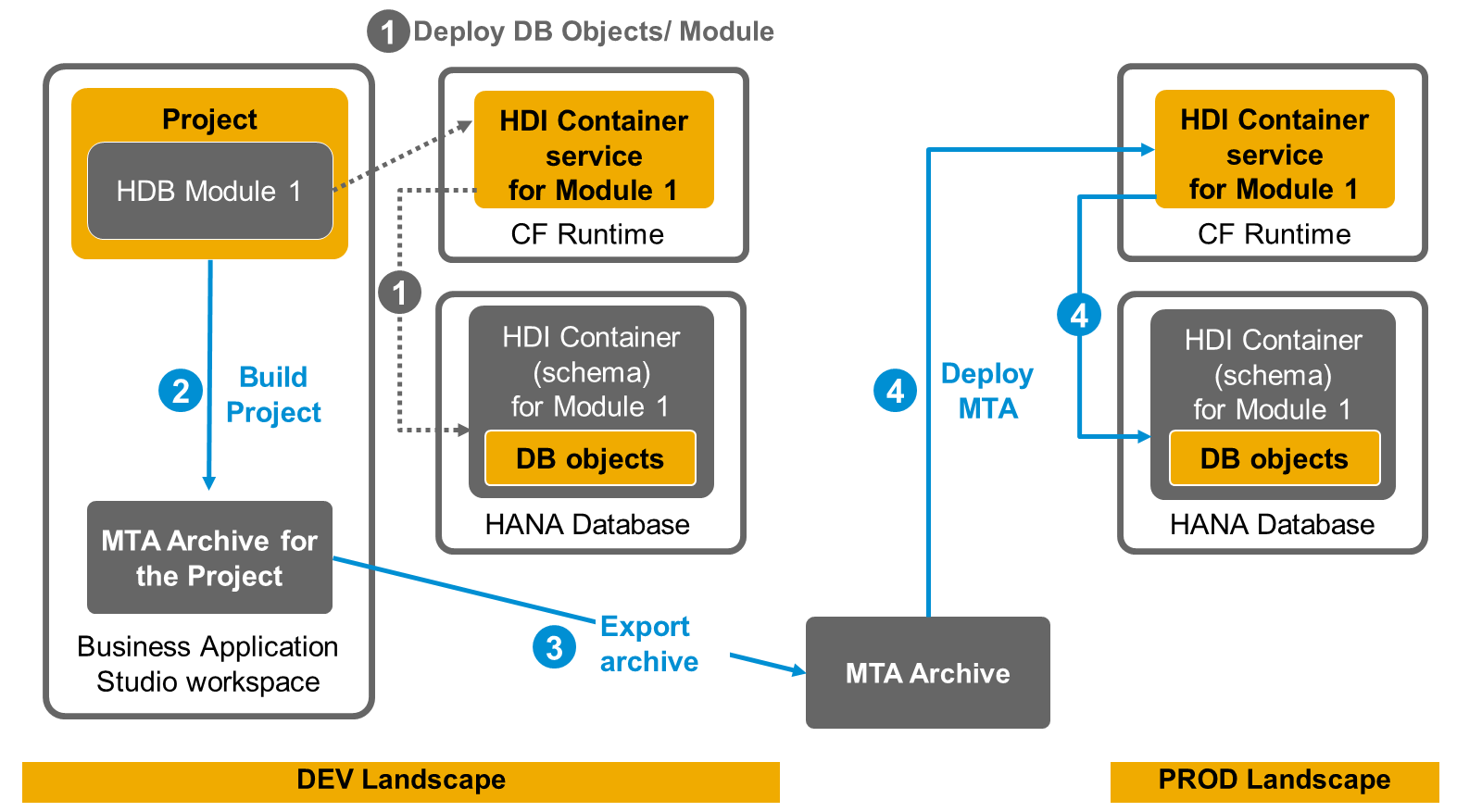 When you work on a project, you deploy modeling content to the HDI container on a regular basis, in order to test it, check dependencies, and so on. This is something you trigger from SAP Business Application Studio. To do that, you need to have a modeler role for the space in which the HDI container bound to your HDB module sits.

When you deploy an HDB module (or some of its individual source files), if the deployment is successful, the corresponding runtime objects are generated in the HDI container, running in the corresponding development space.

To deploy your modeling content to a target environment, such as QA or PROD, you must do the following:

Between steps 3 and 4, you must of course make the MTA archive file "available" to the target landscape, for example by copying the file to a specific folder or using a dedicated transport tool.

The key source file for application deployment is generated by a build operation at the project level in SAP Business Application Studio. This creates a .mtar(MTA archive) file, which is technically a .rar compressed file. This file is named <Application ID>_<version>.mtar and can be found in your workspace, in the folder mta_archives. This archive contains the file mtad.yaml, which is an equivalent of the mta.yaml file but specific to application deployment.

Another important (though optional) file used for deployment is the .mtaext file. This is an "extension" file in which the space administrator who deploys the application can specify additions or modifications to the mtad.yaml file in order to pass the relevant parameters for the target environment during deployment. Typical examples of what you can specify in the extension file include the following:

To generate the .mtar file you open a Terminal session in Business Application Studio and type the command mbt build. Make sure you navigate to the root folder of the project you want to build before executing this command. Fro mthe root project folder use the command cd to change directories, e.g. cd my_app.