A hierarchy that is defined in a calculation view can also be accessed directly by SQL statements. The benefit of this is to provide access to the node values at any level of the hierarchy in your SQL code. You read the nodes as if they were columns in a data source.

For example, you may need to return the total number of absence days for the Service line of business that can only be found by rolling up many departments and sub-departments in a company hierarchy that is modeled in a calculation view.

A simple SQL statement such as : SELECT sum(no_show_days) WHERE hier_node = ‘Service’ clause, would provide this value.

But before you can write the SQL query, you need to work on the following setup:

Reading hierarchies using SQL is supported for both level and also parent-child types. 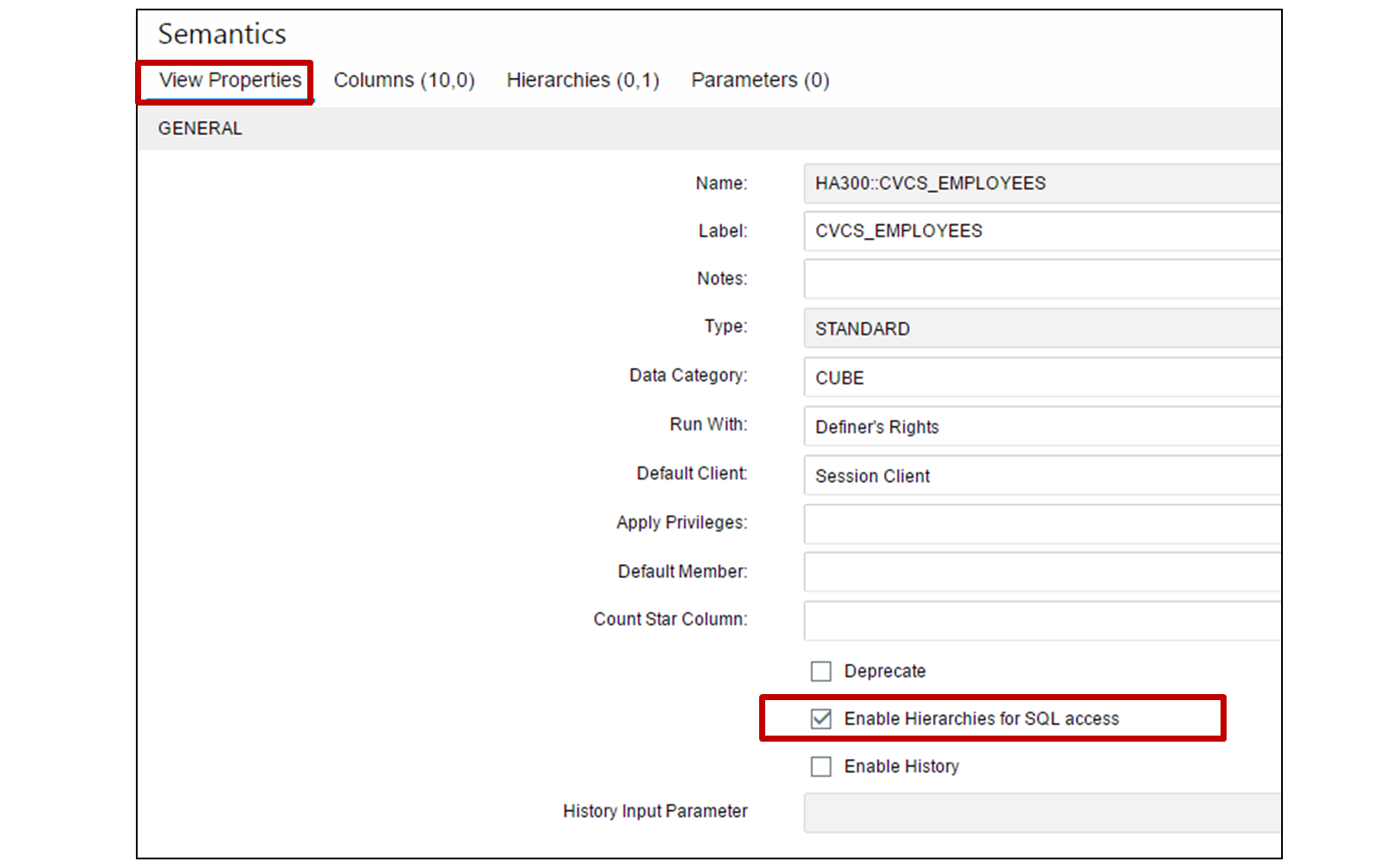 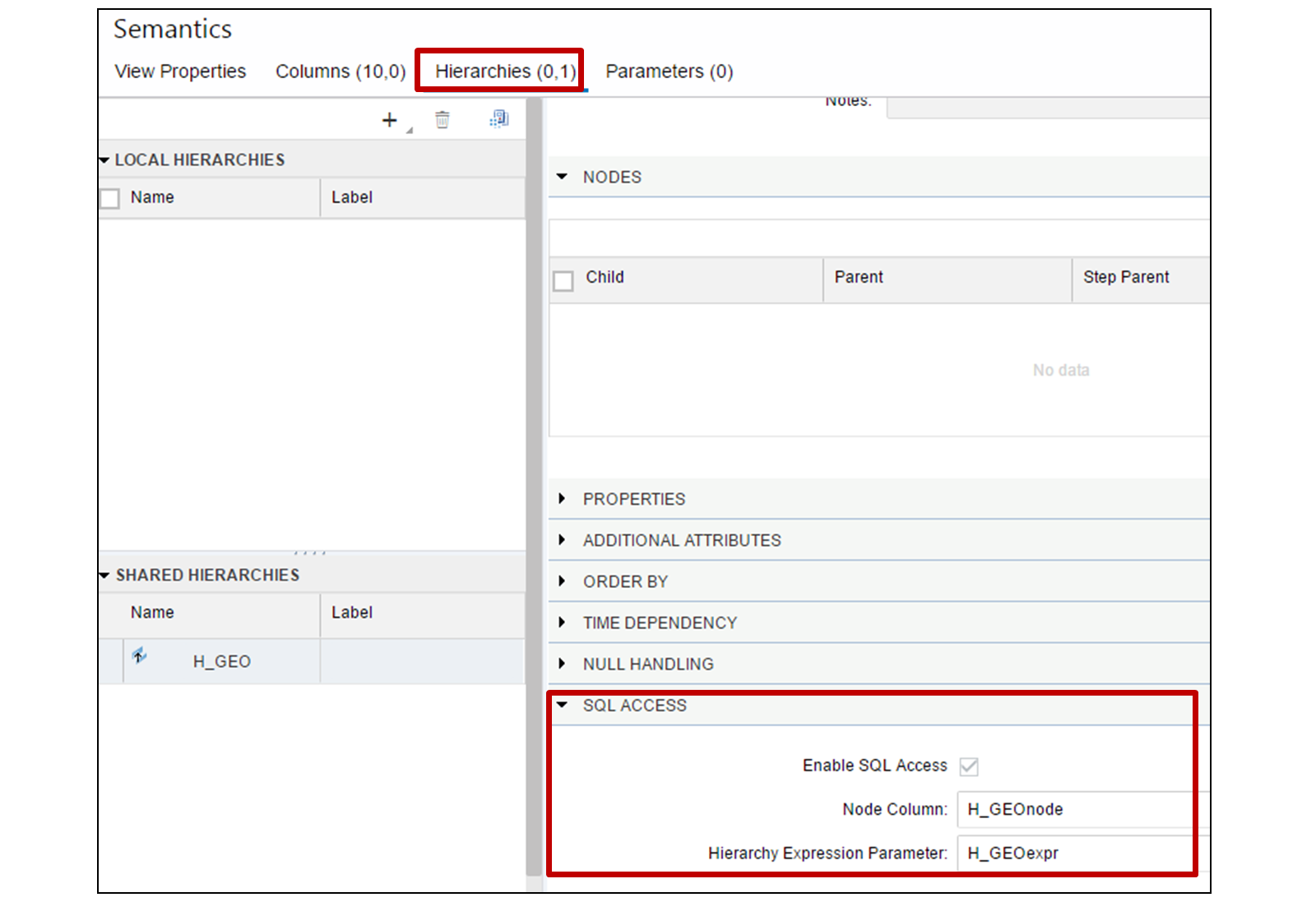 Here you will see, for each shared hierarchy, the node column name that is proposed. This name can be overwritten so that a more meaningful name can be supplied.

Note
The Hierarchy Expression Parameter is not used in the current release of SAP HANA Cloud. Please ignore this setting.

Aggregating Values in a Hierarchy Via SQL

The figure, Aggregating Values in a Hierarchy Via SQL, shows how the SQL is written and how the result would appear. Simply refer to the generated hierarchy node column name in the SELECT statement as if it were a regular column in the data source.